Halloween may essentially be over here, but not across the world where you can be spooked all year round.

There are many weird and wonderful aspects of this planet that we love to explore, but once things turn freaky, some of us can turn dubious on taking the risk to visit particularly creepy locations. Earth’s age being over 4.5 billion years old means that it has seen a huge amount of history go before it. Some morbid fragments of history scattered around the world have been let for public viewing and are now known as some of the creepiest attractions to exist, here are just a few: 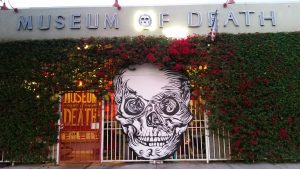 The Museum of Death

This museum will be like no other you’ve visited before.

Being the world’s largest collection of serial murderer artwork, it’s bound to cause many nightmares after visiting this densely historic home of death. Not only that, visitors can witness the intricately detailed photography of the Charles Manson crime scenes, severed head of the Blue Beard of Paris – Henri Landru and original crime scene and morgue photos from the Black Dahila murder.

For the gore-seekers, you can also watch videos of autopsies and serial killers at work, with non-reconstructed, real life deaths.

The museum has no restrictions on age for its visitors, however advises a mature audience. It has been said that there have been many occasions where individuals have passed out during their visit to the museum, so prepare yourself to face a disturbing harsh reality. 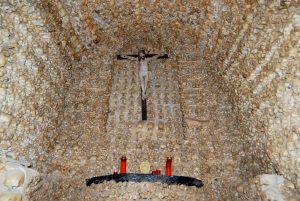 Don’t be deceived by the exterior, as within this chapel are the corpses of more than 5000 people decorating the interior. You find yourself literally walking amongst the dead that lie in an arranged manner around you.

If that isn’t freaky enough, there are also the skeletons of an unknown man and young child that hang within the chapel, openly exposed for your viewing.

During the 16th century, the graveyards in Evora, Portugal were overcrowded and as a consequence, bodies were removed from their graves to make room for the newly dead.

The chapel is actually fairly small despite the huge amount of bones that decorate it and you spend roughly 15 minutes inside during your visit.

Although your visit may be short, the post images that linger in your memory can last for years to the most vulnerable. 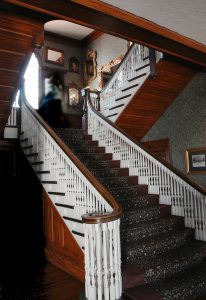 Writer of The Shining, Stephen King was inspired to write the novel after a stay at this particularly haunting hotel. His experience left him seriously creeped out, sparking ideas for his well-known horror.

The hotel has spooked countless guests in the last century, for the weird and unexplainable events that have occurred during their stay.

The hotel claims to have many paranormal residents which include children who run around playing pranks on the fourth floor and a spirit that unexpectedly plays the piano in the ballroom.

If you think you can take a spooky stay in the depths of Colorado, then book yourself in at the Stanley Hotel.