Barcelona is a destination of beauty and charisma. If you’re lucky to go, there are some amazing places that you can visit to optimise your stay.

Basilica of the Sagrada Familia 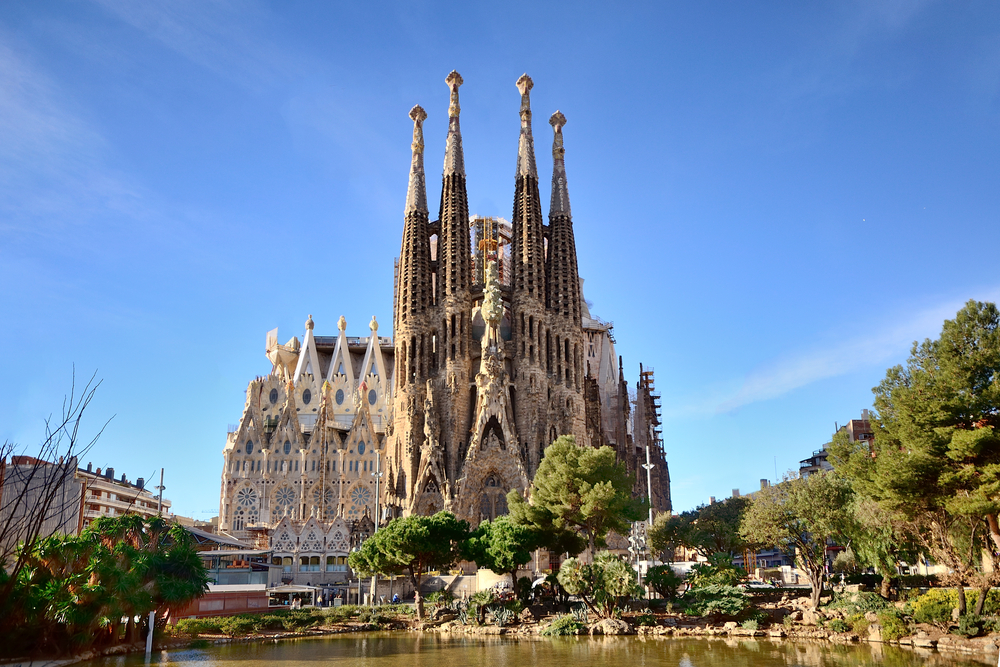 This beautiful and historic temple took world-known Catalan architecture, Antoni Gaudi, 40 years to design. He was so dedicated to his project that he made the effort to live onsite for 16 years of its construction. Construction began in 1882 and has been ongoing ever since, making it one of Spain’s most recognisable landmarks. The temple is expected to be finally completed in 2026 as chief architect, Jordi Fauli announced in October 2015 that construction was 70 per cent complete. The year it is expected to be completed will be the 100th anniversary of Gaudi’s death and will mean that the temple would have taken 144 years to complete in total.

You are bound to be taken away by the mesmerising detail of the sheer size, shape and complexity that the building portrays. The internal features continue the breath-taking effect as you really have to ‘take in’ the truly intricate details of the design.

Due to such high popularity, booking a visit to the temple in advance is very much advised.

Easily accessible by metro with the Sagrada Familia metro station being right on the landmark’s doorstep. 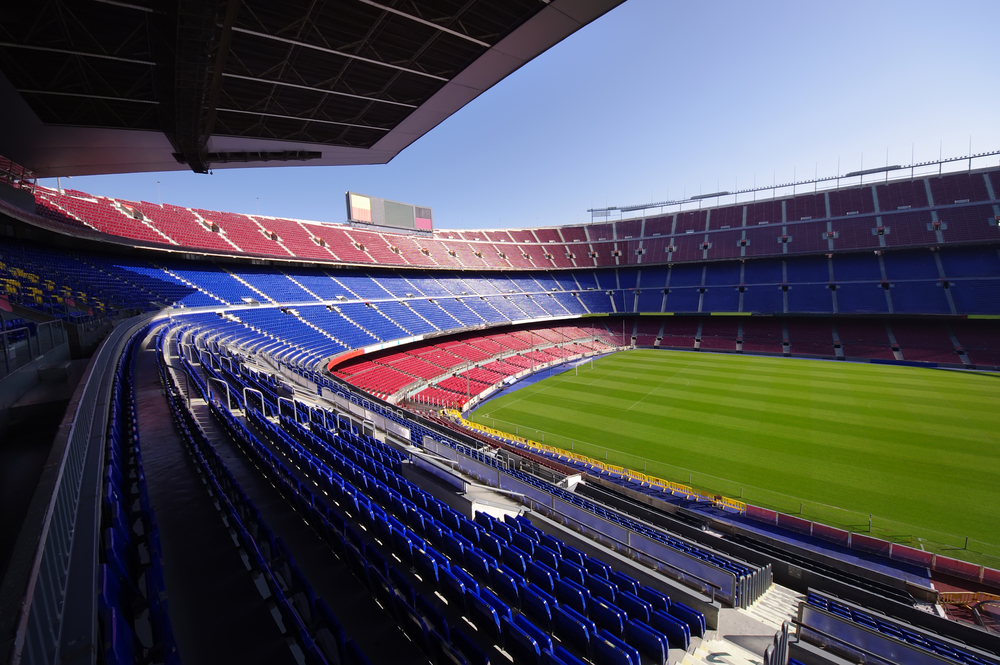 Camp Nou is one of the most famous football stadiums in the world. It is the home to Barcelona football team who arguably set the highest standards of football talent.

The stadium, with a capacity of 99,354 makes it runner up as the largest football stadium in the world to the Rungrado May Day Stadium in PyongYang, North Korea.
Witnessing such immensity is mind-blowing and an experience like no other. Being able to set foot on such a valued ground in the world of football is amazing and the views from the top seats of the stadium really demonstrate just how big the dimension of the landmark is.

If you get a few hours to roam, take a visit to Camp Nou where not only you can tour the stadium, but also the museum which explores the history of its existence, as well as its future plans. You can even take home a souvenir from the large selection offered at the gift shop!

Accessible by metro, on line 3 at stop Palau Reial or Les Corts and on line 5 at stop Collblanc or Badal 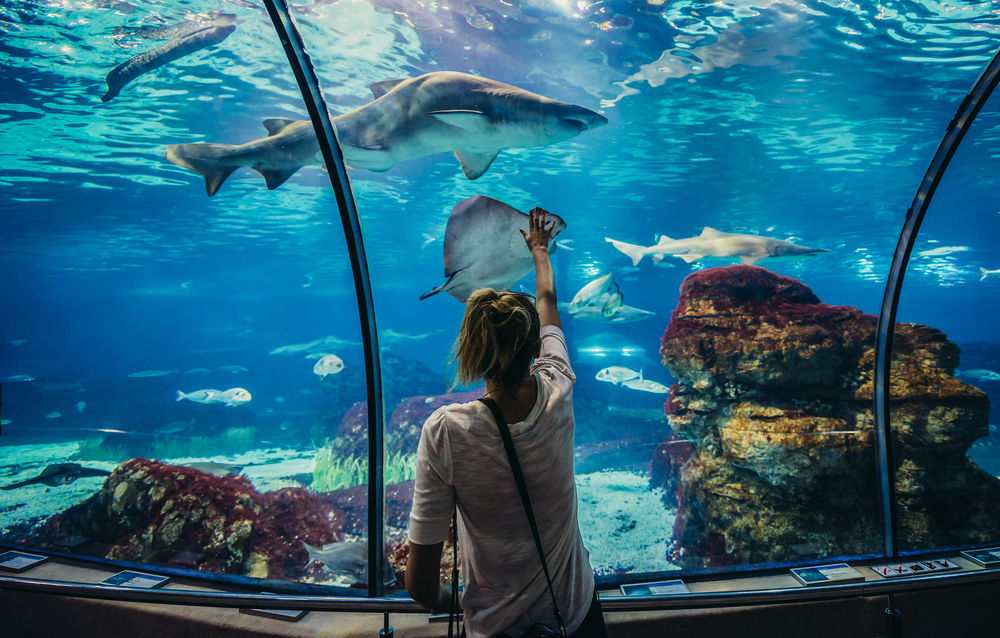 Barcelona Aquarium is the world’s largest Mediterranean-themed aquarium. If this is more up your street, this is definitely somewhere to visit if you have a few hours open for you to explore.

You don’t just have to look at the array of Mediterranean creatures that swim in-front of you, the aquarium also offers the ability to cage dive with two different species of shark along with numerous types of tropical fish – a once in a lifetime experience!

You will be able to explore the Mediterranean world through witnessing around 11,000 animals from 450 species roam about the waters that stand before you.

The aquarium itself consists of 21 large aquariums. There is also an entire floor dedicated to investigating this massive, yet mostly unknown area of the Earth. Not only will you be fascinated by your findings but also educated in the mysterious underwater world that roams around us.

Most conveniently accessible by metro – the closest station being Catalunya. Other ways are by Subway – line 4 stops ‘Barceloneta’ –  line 3 stops ‘Drassanes’. 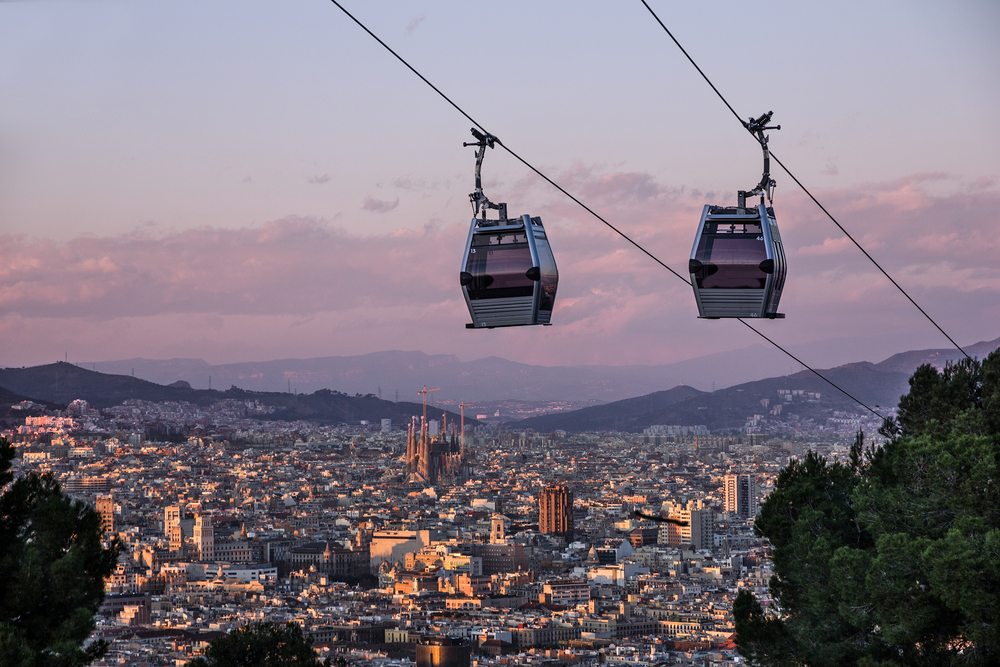 If you’re looking to indulge in the panoramic views of Barcelona before your return home, the Montjui cable car is a great way to capture breath-taking views in style.

The cable car links Barcelona to the top of Montjuic hill. The 750-metre-long trip enables you to get on and off at any of the three stations that it passes: Parc de Montjuic, Miramar and Castell de Montjuic – it really is the perfect way to say your final goodbyes at the end of your trip.

Once you’ve seen the truly impressive bird’s eye view of the city at the top of the hill you will then find yourself in the 17th century hilltop former prison, Montjuic Castle. There are many options for your to explore on your stops on the cable car, including the harbour, the Agbar Tower and the Museu Nacional d’Art de Catalunya.